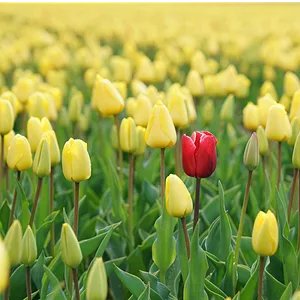 Have you ever watched the show “How It’s Made”? They would walk you through the process of high-tech engineering and explain it to you as though you were a third-grader. Often monotone, the show never showed a bias to a product but simply described the basic facts of how a product was made. With over 400 episodes ranging from cookies to cars. Wouldn’t it be nice if God did a video like this about men and women!

In order to know how something works or how it is supposed to be put together, most products come with an instruction manual. Let’s be honest, how many people do you know that read the complete owner’s manual of a car before they drove it off the lot? Most used cars have a perfectly placed owner’s manual in the glove box that doesn’t even have the binding cracked on it! All of us have purchased appliances or TVs with seemingly no user knowledge of how it really works. Within a few minutes of taking it out of the carefully manufactured packaging, we aimlessly figure out what goes where and plug it into the wall to fire it up! This may be a little stereotypically but in my personal experience of 45 plus years of being a man, which by the way, makes me an expert; it’s not long before those instructions, written professionally in six different languages, are tossed in the garbage can. Occasionally I will briefly read through the instructions and say to myself, “how hard could it be…”. Doesn’t every manufacturer put in extra parts that seemingly have no significant use or function! After all, God gave us an appendix!

On rare occasions, and I do mean rare, I have had to read through all the assembly instructions, but I can say this with 100% certainty that I have never read the complete instruction manual cover to cover of anything. I’ve had to read the assembly instructions completely to put together ceiling fans, backyard gazebos, BBQ grills, bikes, dollhouses, installed sinks, garbage disposals, and so much more. But I never read the whole manual. And, once the project is completed, the instruction manual eventually finds its way into the garbage can. Which kind of reminds me of the Bible. I’m not saying that God’s word is garbage, but what I am saying is how many of us have read the bible cover to cover? Over time, all we have read and learned from the Bible finds its way into the “can’t remember” files of our mind. If we do not know how to treat people in light of God’s Word, we set ourselves up for failure that could come in forms of emotional or spiritual abuse.

The definition of abuse is the improper use of something. Maybe a better way to say it would be abnormal use. If you did not know what a microphone was intended for, you could try to hammer a nail to hang a picture with it. Now that may seem extreme, but this how we treat men and women in our lives. Many marriages are formed without reading the owner’s manual on how men and women work. What manual would that be, you ask, The Bible. God gave us clear instructions on what makes us tick, how to live with one another and work with each other. There are some ideal guidelines about our relationships with each other as friends, siblings, co-laborers. There’s even instructions and guidelines for sex. Yes, SEX! While we are all equal in God’s eyes, “There is no longer Jew or Gentile, slave or free, male and female. For you are all one in Christ Jesus.” (Galatians 3:28 NLT) that doesn’t mean we are not unique. The fact is we rarely think the same way. And our focuses are not always in sync.

Men and Women think differently, act differently, and certainly respond differently.  Take a look at marriage for example.  They two have very different thoughts of the wedding day. A woman has spent an enormous amount of time (slightly exaggerating…not really) dreaming of this “Big Day.” Chances are she has at least two, if not more, Pinterest boards full of ideas and dreams that she has always wanted to make this day special. She has spent countless hours thinking of every detail from the proposal, to the invitation cards, to the decorations on the tables at the wedding reception. She has thought of the moment she walks down the aisle, to the moment that she says, “I Do” and is officially pronounced Husband and Wife. It is now a reality as she kisses her husband for the first time as Mr. and Mrs. ________!

I’m not trying to start any fights or arguments between you and your spouse. But…statistically speaking, those things were not nearly thought about by him as much as it was by her. In fact, I’m willing to bet that he has spent countless hours thinking of the honeymoon far more often than he spent time thinking of the wedding day! That’s not because he is a pervert nor because he is insensitive to the emotions of the day and the significance of what it means to say, “I Do.” The point is men and women are just different.

Men need to know that emotions are necessary for nurturing a relationship. People need to feel that they are heard not just with ears but also with their hearts. Emotions move people to empathy and not just sympathy. Women need to know that logic or compartmentalizing things is good for progress and problem-solving. It allows you to evaluate cause and effect, loss, and gain properly, as well as identifying right and wrong. Separating the unnecessary emotions from the problem enables you to find solutions and compromise. However, emotions allow you to connect on a heart level that facts and logic cannot reproduce.

This is where relationships require a healthy dose of compromise. By definition, compromise means an agreement or a settlement of a dispute, reached by each side making concessions. In other words, communication is a two-way street. If a woman is having difficulty talking to a man about things, she must evaluate the conversations and ask herself if she is discussing too many different topics all at once. Suppose the man is having difficulty talking to a woman about things. In that case, he must evaluate the conversations and ask himself if he is allowing her space and time to speak honestly or if he is disengaged from the conversation’s emotion and solely focused on the facts and bottom line.

Mutual compromise in communication is the ability to hear with understanding, not talking to be heard, and there is a fragile balance to that. In almost 15 years of counseling, Deanna and I have discovered that most people have an initial motive to be heard in the midst of conflict. Very seldom do people enter a dispute seeking to be right.

Good communication involves active listening or mirroring.  You listen to what is being said without preemptively waiting for their lips to stop moving so you can say something to be heard.  Most communication breakdowns happen when a person feels that they are not being heard. If a person feels that they are being heard, they will feel a sense of validation to their feeling. Unfortunately when that feeling of validation is not felt through active listening eventually the conversation will drift to wanting to be justified.  It is at this point in the conversation, a person is often accused of wanting to be right. Healthy relationships require healthy communication. This is where God can help us.  It is the voice of God that creates, and we need him at the center of everything we do, even in conflict.

When we seek to have God in the center of our conflict, we can approach one another objectively (in a way that is not influenced by personal feelings or opinions) rather than subjectively (in a way that is based on our feelings, tastes, or opinions). Ultimately this allows God to be right in the center of our relationship, which is The Better Blend! Why limit God to just a few relationships. What about the acquaintances that we call friends?  You know… the 500+ people on your Facebook account that you barely know. How about the distant relatives, co-workers, classmates, or the barista at the coffee shop you frequent? Do these same principals hold true? Yes, they most certainly do. The only difference between them is the intimacy shared by one another. The increase or decrease in intimacy is based upon the proximity of the relationship or by definition of intimacy: close familiarity or friendship; closeness.

The closer you are to a dairy, the easier it is to smell the dairy. That’s why you can have a massive blow out or disagreement with your spouse, and yet never have the same response to a co-worker. Men and Women are different by design.  When we embrace how God created us uniquely and definitively, we will start to appreciate our uniqueness and see the hidden treasures that God has placed in each of us.

Put these things into practice and discover yet another way to have “The Better Blend” of God in every relationship and in everything we do!